got to pick up my succulents from the botanical garden today!!

this seemed like an interesting set-up! too bad I don't have free windowspace to test it out tho XD

might try this with the onions ive got growin themselves on the windowsill, i've been meaning to plant them

#me? tearing up a bit at the end of the video when theyre eating the egg thing? it's more likely than you'd think #video #plants #solarpunk #repour #reply

Did some watercolor poppies for the wife, @monsterlogic . These were fun to doodle. The stems and leaves for this plant are weird, but interesting.

I used Strathmore 400 Series Watercolor Paper, A Red Pilot Color Eno pencil for the sketch, a kneaded eraser that I don't know the brand for. I inked with a Sakura Micron in 01 and did the majority of the coloring with Sakura Koi 48 pocket field sketch watercolor. I also used some Prisma Verithin pencils for some more detailed coloring. The white is a UniBall Signo in medium. I also used some Crayola glitter watercolors to add some fun sparkle to the petals.

I really want to use more of my traditional stuff this year, so fingers crossed that I do that.

me: ok what's Easter about

@pageofspace orthodox Easter traditions are also about coloring eggs, and i think i vaguely remember how that's connected to resurrection - when someone back in the day heard the news about it, he said "I won't believe it, sooner the eggs turn red when i believe it" and the eggs in his servant's basket turned red?? thats how i remember the legend going, and i don't know if it's in the bible or not. i just have no idea how it took a bunny turn.

IIRC, as with most christian traditions, it has roots in various pagan beliefs (im sure there are some indepth histories out there somewhere). Spring is usually a time of hope and rebirth and rabbits are a sign of fertility. Similar shit can be said for chickens/eggs/etc and well, the Christian celebration of jesus dying and then being resurrected fits with those themes.

also someone said that americans know what Easter is about but like? The way it IS markerted - i just see "bunny day this, bunny day that".

However, Christmas is all about Santa since long ago... Even though there is a cultural reason for that.

I just wanted to explain what вербное воскресенье is, i know верба = ива = some kind of willow.

Thats because of capitalisms merchandising hell? Everythings gotta be Fun and Safe and For Everyone (ie secularize it just enough so the christians dont get mad but you can involve non-christians as well) so you can sell as much product for a useless holiday as possible. Thats why like 98% of our holidays are pertetuated as mostly about giving things to people (christmas, valentines, halloween, easter, thanksgiving). Its all about corporations selling these holidays to us and its just become embedded into the fabric of our society.

Is the rest of the world not like this? I never know what part of this dystopian hellscape is exclusive to the USA.

pussy willows are the willows with the fuzzy tips on their branches. i think theyre like flowers, or seedpods? 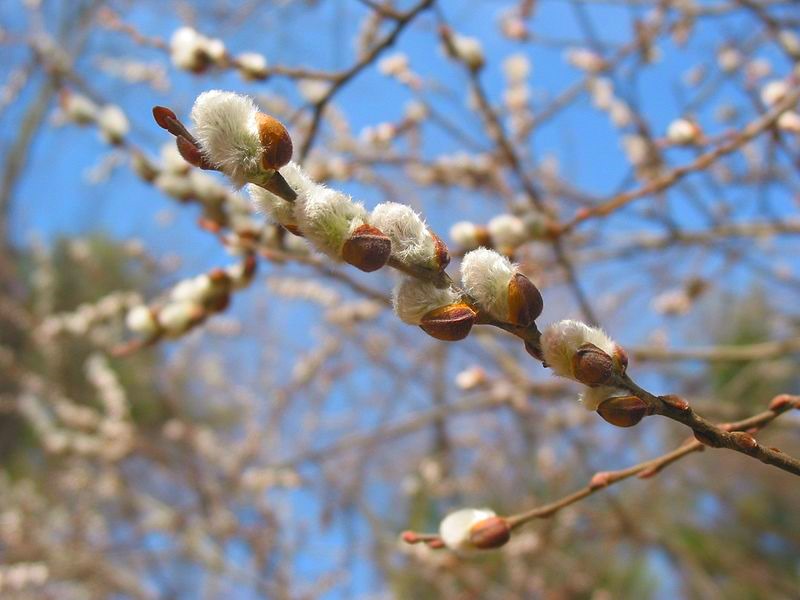 i think they're called pussy willows bc cats are fuzzy

wooo, finished :D this is the first in the '--- punk' series

time for building number 2, which will either be solarpunk again, or steampunk

it's so deliciously spring-y out right now I love it

daffodils are starting to fade out a bit, but there's still some blooming in the bulb patch I started the winter before last! :D

Mini plants and a bench 🌱

That sunroom may be happening earlier than planned...

This is the actual order of these! I made them out of order because I didn't think about it the first round XD

Let's see if it keeps moving by tomorrow.

my ivy has gotten much fuller with the increase in daylight 💛💕❤

I want... all the apples now aaaa, that's so cool!! I didn't even know you could get heirloom apple trees!!! 100% gonna try and get some apples from this guy when I get a chance!!

I actually have no name for this one so...

A few days back, I got the idea of various of these gifs and I think I'm gonna try to make them, but simpler than in my head because I'm feeling lazy. The main rose was supposed to be bigger, but I kinda messed it up and didn't want to change it, so this is the first one.

seriously if you only have like a windowsill's worth of space but want to grow something you can eat these tiny babies do so good!! full-sized pods on bitty baby plants and they taste so good raw :D

what. exactly. were they thinking when they decided that their website should be named rareseeds.com??

how do you look at that name and not instantly go 'ah. this looks like a scam.'

who made that naming choice